CloserStill Media has recently been named by the Sunday Times as one of the top 100 places to work. In fact, that makes three years in a row, along with more than 50 other awards the company has accrued in recent years. CloserStill operates in the business exhibition industry, specialising in the healthcare and technology sectors. It has a turnover of over £100m, employs more than 350 personnel worldwide and operates out of eight offices across the globe.

As a repeat winner over the years of Exhibition News Awards, which EFX produces each year along with its client’s employee recognition awards, the CloserStill name is well known in the engraving shop at the EFX factory! Here, Chairman Philip Soar gives an insight into the power of winning. 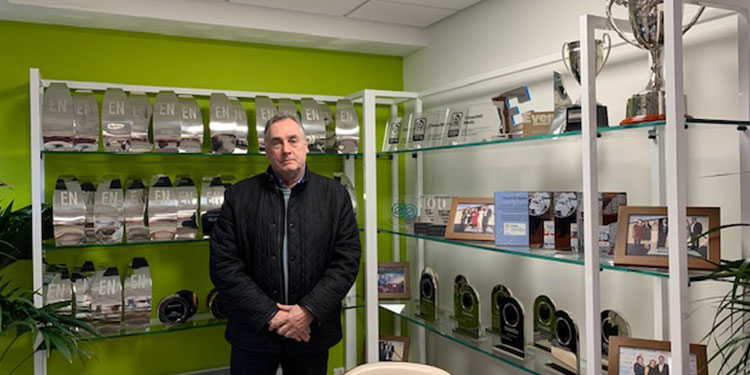 Q: Which award has been the most important win for CloserStill?

A: The Sunday times “100 Best Places to Work” which CloserStill has won in 2018, 2019 and 2020. This is a very rare, possibly unique, hat-trick and, as far as we are aware, no other trade show company has won it even once. It is a nationwide competition for every sort of business in every region. So, to win it for three consecutive years really is a stunning achievement. This obviously helps external perceptions for us and encourages potential new employees to take us seriously.

Where industry awards are concerned, the “best trade show” types of awards are probably the most valued as they are always the finale to the awards ceremonies. CloserStill has won seven of these awards since 2012. Although we won more awards in both 2018 and 2019, the “annus mirabilis” was probably 2014. At the Exhibition News Awards that year, CloserStill won seven out of the ten awards available to a trade show company. At the time, we’d only been in business for less than 5 years!

Q: What is the value of winning industry awards to your business?

A: It is a source of great pleasure to everyone in the company. It is particularly powerful for the show teams themselves as it is the imprimatur of the whole industry. For example: the London Vet Show has been named as “Trade Show of the Year” three times in the past eight years. Four of the last five “Salesperson of the Year” awards for the whole trade show industry have been won by CloserStill personnel. One of our marketing managers, Lucy Pitt, was named Marketer of the Year in three consecutive years, a formidable achievement. These types of individual awards are a source of great pride throughout the team.

Q: What is the motivational value for the business of winning?

A: Clearly, it makes us noticeable to the whole industry and that helps in terms of recruitment. Likewise, if we are talking with venues about new launches. In terms of clouds in silver linings, it does raise the bar year after year.

Q: In what way has winning so many awards contributed to CloserStill Media’s success?

A: This is hard to say. I think the reverse is probably true and it is the success of the events which has led to the awards.

Q: Where do you keep all your trophies – are they on public display?

A: We have most of them in the reception area of the Kensington High Street office. This gives visitors to the company an immediate sense of the kind of business they are visiting.

Over the years, EFX has made over 120 duplicate trophies for this award winning company and wishes it continued success in the future! 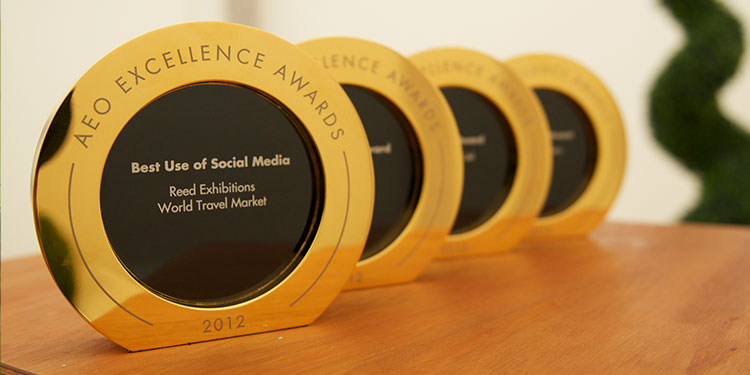 If you’d like to find out more about creating personalised or bespoke awards for your business, just get in touch with us for a quote!