The Champions Tennis event at The Royal Albert Hall, held early December, has become one of those golden events that all the players love. Described as having an electric atmosphere, the tournament is a fitting finale to the ATP Champions Tour, which sees former Grand Slam Champions and World No 1’s proving their continued prowess. This year, Special EFX was a sponsor and designed and manufactured the tennis trophies. 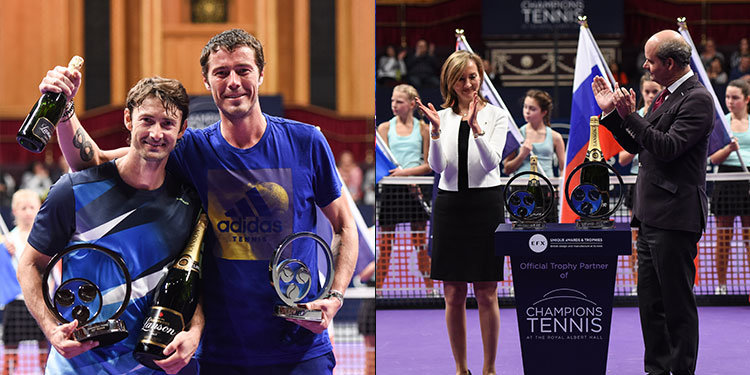 As one of the sponsors of the event and producer of the fabulous trophies, Melanie, Director at EFX, was lucky enough to have seats for the hugely entertaining doubles match, which was won by Bahrami and Philippoussis.  Unexpectedly, she was also asked to present the trophies, which was a lovely gesture from organisers IMG Tennis and a thrill for Melanie: “It was such a fun occasion – the players’ antics were just incredible and their clever tricks had the audience in stitches! To be asked to present our bespoke trophies, which we had designed and made, was such an honour and I’ll treasure Mansour’s kiss for a long time!”

The trophies EFX created are stylishly contemporary, featuring balls within balls. Manufactured in mirror-finished nickel plate and decorated with contrasting blue acrylic, the overall effect was suitably prestigious for such a world-class event. The organisers reported: “The trophies were a huge success and are all being sent over to the players as per their request”, which given the umpteen trophies the players have won in their careers is evidently an accolade indeed! 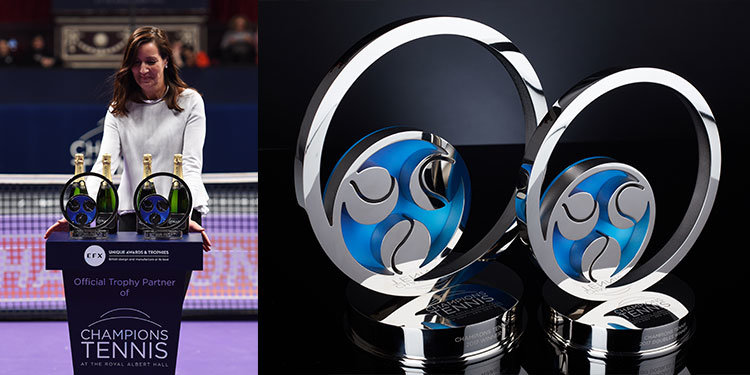