Her Majesty the Queen Honoured with EFX Rainbow Award

Life has been a challenge these last few months but the virtual Rainbow Awards have been a ray of sunshine for many. Much to Special EFX’s amazement, Her Majesty the Queen has been awarded one. Accepted and kindly acknowledged in a letter by a Lady-in-Waiting, the accolade was sent to her by 8-year-old Emily McCarthy, who thought the Queen deserved it. It may not be a knighthood but perhaps the next best thing! 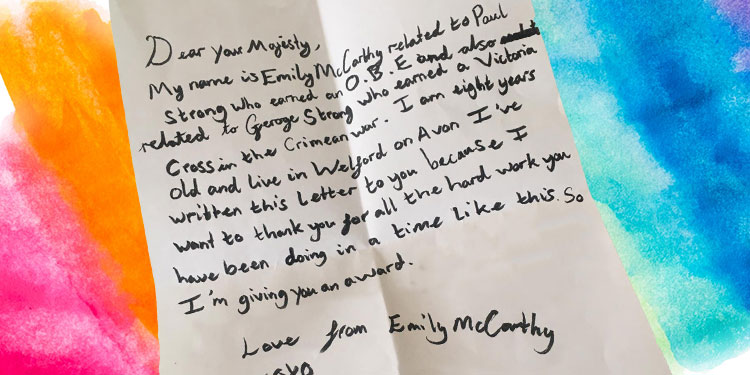 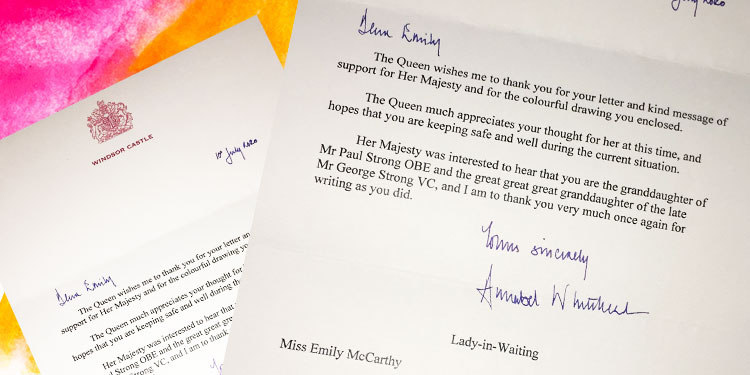 Back at the beginning of lockdown, EFX created the collection of virtual Rainbow Awards. At the time, parents were starting to grapple with home-schooling, the NHS went into over-drive…and lots of people were being exceptionally kind, helping others. Ever since, children have been colouring and decorating EFX’s awards with inspiring imagination and then sending them to special people in their lives, to say thank you and bring a smile to their faces.

Emily’s letter from Windsor Castle certainly put a smile on her face and her family were thrilled: “Thank you EFX for the fabulous awards posters you created for children to send to special people over lockdown. Emily sent one to the Queen and she got a letter back! One excited child (and mum and family) and one flattered Queen of England. Only possible as a result of your creative idea!”

What a heartwarming story!