For Melanie (Osborne) Director at Special EFX, the thrill of attending an event where so many of her female British sporting heroes were in one room was matched only by the pride in seeing the EFX made Sports Technology trophies projected as holograms around the dome of the Roundhouse. The trophy design places a dramatic spotlight on the Awards logo. Pierced through the trophy, the logo is revealed in nuances of green, which merge with the brushed aluminium backdrop of each trophy. 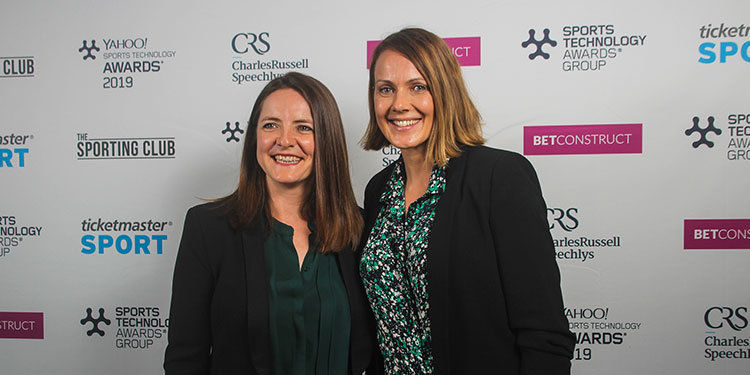 Melanie also reported that the keynote speech was absorbing; it focussed on the growing influence of Silicon Valley on the sports industry and was delivered by the United States Olympic Committee’s Head of Technology Dr. Phil Cheetham,

Ama Agbeze, England Netball Captain and Commonwealth gold medal winner, said: ‘I’m delighted to be here. The tech influencing sport today is amazing, innovative and inspirational, and pushes us further to excellence. Clearly the Sports Technology Awards attracts world-leading innovators so it’s a privilege to be presenting them with their trophies. It’s wonderful that it’s an all-female line up presenting on stage tonight – I’m certainly in great company and it makes me feel excited that we are, at last, starting to enjoy the same kudos as our male counterparts.’