VIP treatment at the Event Awards

As Steve Jones, the compere at the Event awards last week commented, it is a tall order to impress professionals in the Events industry who have seen it all before, but Haymarket’s Event Awards team took Awards Ceremonies to a new level. 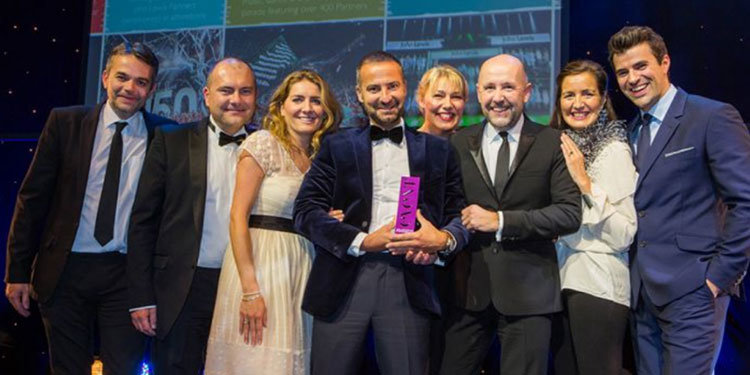 It was the inaugural event at the Eventim Apollo (those of a certain age will remember it as the Hammersmith Odeon!) the beautifully lit Art Deco venue had been decked out with flooring, transforming it into a grand dining room with 11 pulsing multi screens and fabulous attention grabbing graphics supplied by First Image.

This was the first award event for 3 of my sales team and as you can see my newbies were so impressed they threw out their inhibitions in the Photo Theatre. 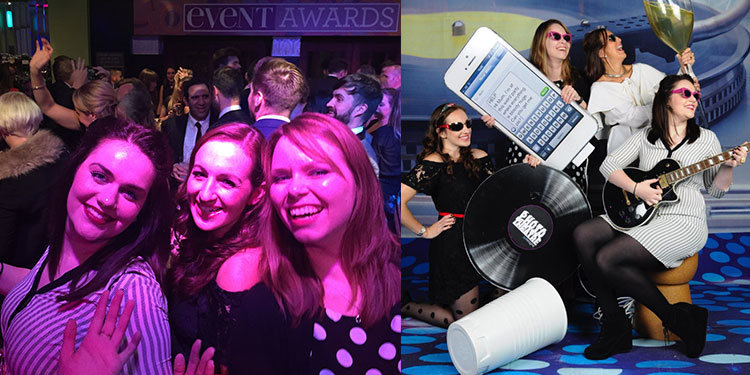 It was fantastic to be a VIP guest at the Event Awards last week for many reasons! I particularly enjoyed witnessing the winner’s reactions first hand, and the pure excitement and overwhelming sense of achievement on winning an award. It was also brilliant to see Steve Jones taking interest in the trophies, as he was polishing and admiring them in-between presenting them to the winners.

And the fun didn’t stop there, after the ceremony had ended at the ‘after party’ there were people having group photos and dancing around with them held aloft! I felt a sense of pride that the awards were produced by EFX and that I am part of the team!

My original expectation of an award event was that it would be long, boring and aching hands from clapping all evening long. I was totally mistaken.  On arrival I was so excited too see the bright changing lights outside, I felt like Annie arriving to the Theatre for the first time!

Hearing the 3 live singers inside, plus the buzz and excitement from guests arriving was so welcoming. The room was incredible and so beautifully set out with amazing bright graphics on stage. The voice over and the dancers performing made it feel like I was watching Britain’s Got Talent!

It was great to see our hand made awards glistening on stage with the presenter, Steve Jones admiring them! I felt very proud to be part of EFX and couldn’t help telling everyone I met that we had made the awards!

It was such a fun and well planned event, full of lively, upbeat music and laughter all evening long.

Amanda’s take on the night:

I thoroughly enjoyed the event and thought the setting was ideal with everybody meeting in the foyer for drinks. The singers were fab and added to the great atmosphere. We were the first to have our photos taken in the Photo theatre with the giant props, which was absolutely hilarious.

The host was very entertaining and the food was brought to us quickly and professionally. Zafferano the caterer excelled themselves and should really win an award for the Best Themed Desert “the Dark side of the Spoon!” Maybe we should design a special trophy for next year’s event! 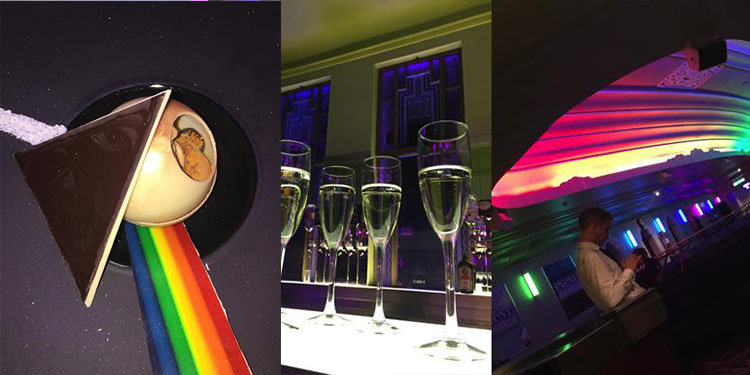 Thank you to everyone at Haymarket and the Sponsors for making the night such a success!