Once again, Warwickshire based Special EFX is delighted to be amongst world class winners.  This time, it was for producing the winners’ trophies for the Aviva Women’s Tour, which saw the world’s top cyclists take to the roads, shouted on by thousands of excited spectators. Great Britain’s Lizzie Armistead was the overall winner of the Tour, taking home the striking gold trophy manufactured by EFX.  On Stage 2, June 16th, the women came close to picking up the trophies en route! The race started in Atherstone in the North of Warwickshire and finishing in Bridge Street in Stratford-upon-Avon, close to EFX’s works located in Ettington.  At 140km long, it was the longest stage in the race’s history and proved testing, particularly the Burton Dassett Hills and the wet weather. Amy Pieters of Holland, from the Wiggle High5 team, took the Stage 2 photo-finish win and was presented with another EFX made trophy – a thrilling end to a fantastic day.

It seemed fitting that Special EFX, acclaimed worldwide for its contemporary trophies, should manufacture the winners’ trophies. Rurally located near to Ettington, just outside Stratford, Special EFX is celebrated for its contemporary styled trophies and state-of-the-art manufacturing.  The Stage 2 trophy was commissioned by Warwickshire County Council and featured school pupil, Matthew Jordan’s inspirational graphics and The Tour’s logo. The trophy was manufactured in clear acrylic, featuring Matthew’s original artwork and then digitally printed. The design was created by Whitnash school pupil Matthew Jordan, who won a competition organised by the Council.  Keen to involve school children across the county in the event, a competition to design both the start flag and the winner’s trophy attracted widespread support from children across the county. A souvenir smaller version of the original was also commissioned as a keepsake for Matthew.

Melanie Osborne, Director at Special EFX was delighted the company had been able to be part of the event: “We manufacture awards for events and companies and send them off all over the world, but it was extra special to be asked to produce the winner’s trophy for such a world class cycling event that flew by so close to home”. 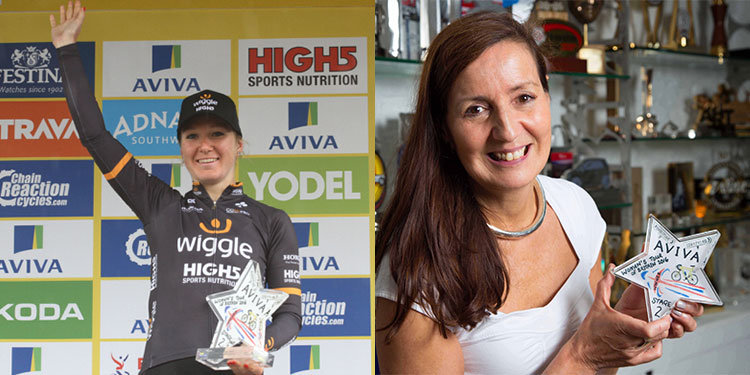