The leading top flight rugby union players were celebrated at the Guinness PRO12 Awards 2015, Sunday 17th May. Players and coaches of the twelve competing professional rugby union sides from Ireland, Italy, Scotland and Wales were honoured in Dublin at the Guinness Storehouse, ahead of the competition’s Play-Offs and Final.

The major trophies for the occasion were designed and manufactured by Special EFX. They feature the PRO12’s distinctive ‘swoosh’ as well as the competition’s logo, which contains the branding of title sponsors, Guinness. This is laser engraved onto the cut-out body of the trophy and is complemented by a shiny black acrylic plinth cap. Two versions were made: mirror finished silver (plated aluminium) and gold plate. 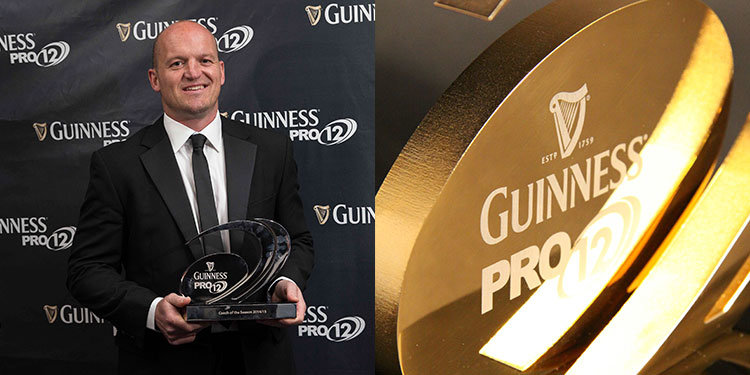 Find out more about the PRO12 at www.pro12rugby.com