The Jazz FM Awards have attracted such kudos that winners fly in from around the world to collect their awards and take a bow in person. The Rolling Stones, Georgie Fame, Laura Mvula, Van Morrison, Donny McCaslin were but a few of the roster of glitterati that attended this year’s event, held 25 April in the heart of East London − Shoreditch Town Hall.

The Jazz FM Awards is a joint collaboration between the radio station and Serious. The cachet of winning one of the EFX-made trophies is proof of the event’s international standing. Stylishly simple, and a manageable single-hand-hold size, the trophy design is manufactured in thickset, clear acrylic and finished with crisp, encapsulated print detailing. 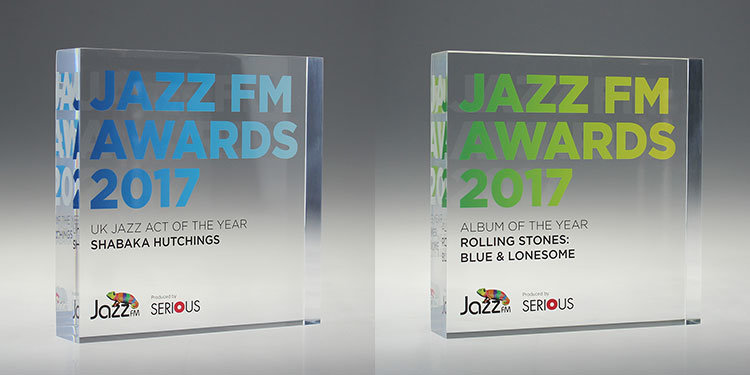 The Stones were honoured with two Awards, fighting off stiff competition to take home the accolades of Blues Artist of the Year and the public-voted Album of the Year, which were personally accepted by Charlie Watts, Mick Jagger, and Ronnie Wood. Watts was also presented with The Gold Award in recognition of his significant contribution to jazz and blues. On accepting his trophy, Mick Jagger commented that the group started out performing in jazz clubs but kept getting kicked out because they kept playing the Blues…the rest is history! 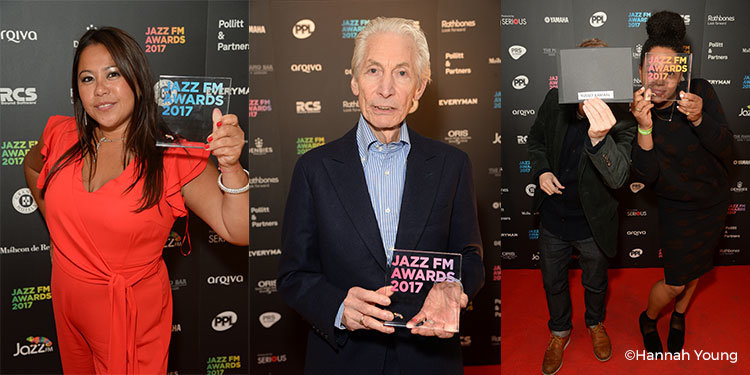 Live performances from an array of stars of jazz included a special collaboration between PPL Lifetime Achievement Award winner Georgie Fame and MBE trumpeter Guy Barker, and Laura Mvula, who received the award for Soul Artist of the Year.