Winner of six of golf’s Major championships, former world number one and knighted in 2009 for services to golf, Sir Nick Faldo has inspired many a youngster to take up a club. Today, his Faldo Series, established in 1996, opens up the path to the top for youngsters in Europe, Asia and North America. He is passionate about providing opportunities for youngsters to pit themselves against the best of their age group, to advance their game and taste the excitement of success. He is also a firm believer that meaningful golf trophies should be symbolic and impressively heavy! That’s where Special EFX fits in. 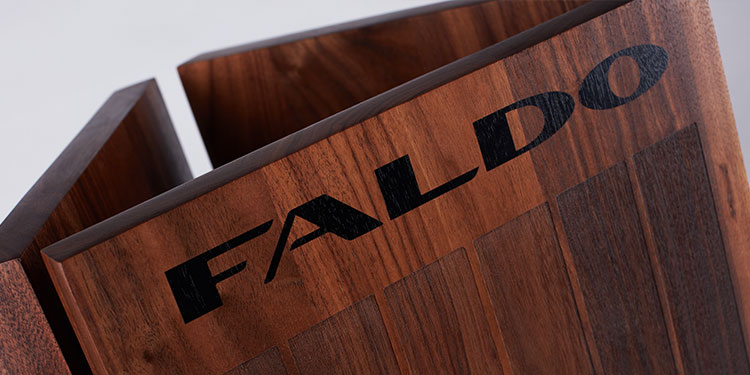 Sir Nick has returned from presenting suitably prestigious and heavyweight, 10th anniversary gifts to those golf courses across Europe celebrating ten years of hosting Faldo Series tournaments. These personal thank you presents are in fact designed in the shape of a three-cornered plaque and produced by Special EFX. Each face is decorated with the Faldo-styled logo, which is in itself highly symbolic, featuring a shield to reflect Sir Nick’s knighthood and six stripes for his six Major titles.

Standing around 450mm tall, the walnut plaques are beautifully engraved and digitally printed.  Matthew Faldo, Director of the Faldo Series is delighted with the result. “The trophies came out perfectly, we and most importantly the recipients were very happy with them!  We will most definitely consider working with EFX again in the future.”

To date, three venues have been presented with the anniversary gifts: A-ROSA Scharmützelsee in Germany, Greensgate Golf and Leisure, Pilsen in Czech Republic and the Black Stork Golf Resort, Velka Lomnica in Slovakia. The Faldo Series tournaments take place in more than 30 countries worldwide. Past winners include a host of youngsters who have gone on to succeed at professional level, including Rory McIlroy, Eddie Pepperell, Matt Wallace and Danny Willett. 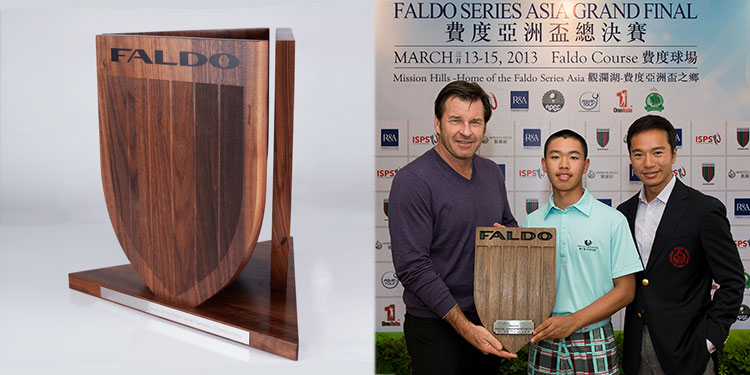