The Best of British Comedy Celebrate with a Tear or Two

What is it about the British Comedy Awards that makes the winners cry?  This time it was Queen of Comedy herself, Sarah Millican, and Lee Evans, who picked up CH4 Award for Special Contribution to Comedy who were caught on camera. You’d never think that someone as down-to-earth as Sarah would get emotional but there was definitely a tear or two as she received her wonderfully whimsical award featuring the infamous Joker, symbol of the British Comedy Awards for over 20 years now. 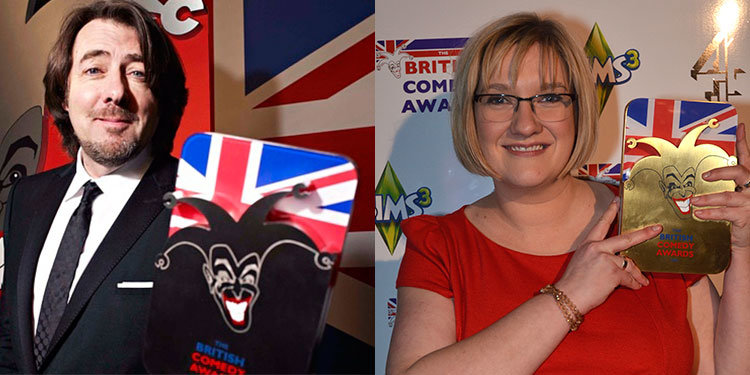 This was the second time that Special EFX has been asked to make the high profile British Comedy Awards, which were also designed by the EFX studio.  They are a complex design, being two-faced with the Joker on one side and the Union Jack revealed on the other,  but look stunning in pierced, brushed aluminium combined with coloured acrylic…and weigh three kilograms, which certainly impressed Graham Norton, who was presented with Best Comedy Entertainment Personality.