Achieving Child Appeal for the CITV Share a Story Awards

Understanding exactly what a client wants to achieve visually is key to creating a successful award. The CITV’s Share a Story competition award is a perfect example of how the EFX studio’s expertise can translate a two dimensional drawing into a fabulous, three dimensional award, with huge appeal to children.

The BAFTA award winning competition invites children to write and storyboard a short story. The five winners of 2015 were invited over the summer to direct their films at CITV studios and the final films were shown last night at a special awards screening on 26th October 2015, at the Lowry in MediaCity. 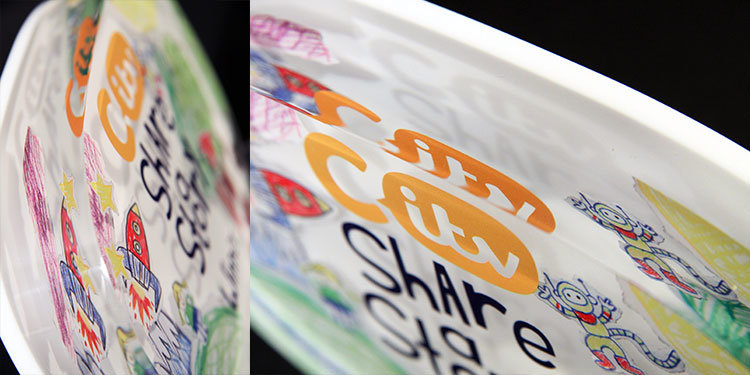 The award was to be on brand with the Share a Story campaign title sequence, designed by Jardine Sage, CITV’s in-house animator. Waldemar Werbel, graphic designer at CITV explains: “The animated title sequence makes use of the ‘multi-plane’ technique to add three dimensional depth to two dimensional child-like illustrations and it was important that the award conveyed that sense of depth and magic – a space to peer into and imagine yourself occupying.”

Share a Story Ambassador Peter Andre presented the cast acrylic awards. The 3D depth and magic Waldemar refers to has been achieved via three layers of artwork, digitally printed inside the award. He is delighted with the result: “They look amazing! We think the kids are going to love them. Special EFX jumped on board with a can-do attitude and a great understanding of what we wanted to achieve.  The award speaks for itself – smiles all around – outstanding!”